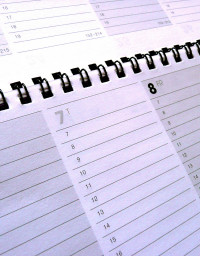 The Date of Separation

The Date of Separation

When parties file for divorce, they are asked to list a “date of separation” on the first page of the Petition. I receive a lot of questions about what date to list because they are still technically married and are not legally separated. Recently, the California Supreme Court made a very definitive ruling to help define and explain the date of separation.

The date of separation listed on the Petition is not a “Legal Separation,” which carries entirely different implications. A Legal Separation is a separate action filed by the parties to be deemed separated rather than divorced. A legal separation follows the same framework as a divorce (receiving child custody and visitation orders, support orders, and dividing assets and debts), but at the end of the process, the parties are still technically “married.” People often choose this avenue over a divorce if there are religious motives or health insurance ramifications.

Rather, the date of separation indicates to the Court when the parties began their lives separate and apart. Each party will list their own date of separation on their documents and if they differ from one another, then the analysis of choosing one person’s date over the other (or often a completely different date) begins.

Law prior to Davis v. Davis

The previous analysis of the date of separation was twofold: 1. A subjective intent to end the marriage (by at least one spouse), and 2. Objective evidence of conduct furthering the intent to end the marriage. (Marriage of von der Nuell (1994) 23 CA4th 730, 736.) The Court would analyze the parties living arrangements, whether there were joint bank accounts, family vacations, date nights, sexual intercourse, love letters, birthday cards, joint/separate applications for loans and credit cards, etc.

This meant was that couples could be separated while still living together, and vice versa, couples could still be considered married even though they live separately. In the former circumstance, many couples choose to remain living in the same home for purposes of sharing the parental responsibilities or simply because their financial situation does not allow for separate residences. (Marriage of Norviel (2002) 102 CA4th 1152.) But in other cases, parties who lived in separate residences for 14 years before filing for divorce were deemed to have a date of separation after those 14 years of living apart since they still had joint checking accounts, credit cards, filed taxes together, took joint vacations, etc. (Marriage of von der Nuell (1994) 23 CA4th 730.)

As you can see, the determination of the date of separation could spark a complicated analysis, so the Supreme Court of California decided create the following bright line rule that has changed the analysis completely.

The Supreme Court focused on the language of Family Code section 771(a), which defines separate property earnings as of the time the parties are “living separate and apart from the other spouse.” After a historical analysis of the code section, the Court concluded this section to literally mean when the parties began living in separate residences with a demonstrated intent to end the relationship.

Significance of the Date of Separation

The date of separation plays a significant role in many aspects of a divorce/legal separation case because it the marker for the end of the community property period and marks the length of marriage.

When analyzing the division of property in a divorce case, there are 3 significant periods of time to consider:

Kobe Bryant made the “10 year rule” famous after some indiscretions led to his wife filing for divorce 10 years and one day from their date of marriage. The media broadcasted that Bryant’s wife would receive millions of dollars for her entire lifetime as a result of crossing the 10 year threshold, but this is not entirely true.

The media definitely simplified the analysis in exchange for a great headline, but there is some truth to the 10 year mark. In California, for marriages of short duration, defined as under 10 years, spousal support is generally payable for one-half the length of the marriage. For a marriage of a long duration, defined as over 10 years, the Court retains jurisdiction “indefinitely.” (Family Code section 4336.) This means the order will not automatically end at a certain time, unless agreed to by the parties.

In general, the Court will consider the Family Code section 4320 factors, summarized as follows:

For example, parties who were married for 10 years, are healthy, in their mid 30s, with no children, and have both worked full time will have a considerably lower amount of duration of spousal support than perhaps someone married for 25 years and one spouse stayed home with the children for the last 10 years.

The date of separation is an important legal determination and should be chosen wisely when completing the Petition to start the case, or in the Response. The date can have a significant impact on how the issues are divided and resolved.

If you have additional questions regarding the legal status for the date of separation, contact a Carlsbad divorce lawyer today.