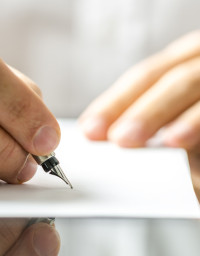 Everyone wants to know how the assets and debts in their case is going to be divided. The media has familiarized people with California being a “50-50” state and people automatically think of cutting the couch in half. Although one can rest assured they will not actually have to cut their couch in half, the marital estate will be divided–but how?

Harold Hamm is not a common name in California, but he has recently been in the news because of his billion dollar divorce, which is rumored to be the most expensive divorce in history. Mr. Hamm is an oil tycoon from Oklahoma who’s estimated worth is $20.2 billion. He has been married to Sue Ann Hamm for 26 years and most of his wealth was acquired during marriage.

So how much is Mrs. Hamm going to receive? Oklahoma is not a community property state like California, but is an “equitable division state”–meaning the Judge determines what is fair and equitable, and this doesn’t necessarily mean a true 50-50 split. In the Hamms’ case, the Judge has sealed the records, so many of the details are unknown other than there is a lot of money to be divided.

Earnings During Marriage:
In general, money earned during marriage is community property. This means that in a divorce, each spouse is entitled to 50% of those funds. In the case of the Hamms, Mrs. Hamm was a stay at home Wife and briefly worked for her Husband’s company. In my experience, some spouses have a hard time grasping that they must give half of their earnings to their stay at home spouse that “didn’t earn anything.” The Court disagrees with this statement. While one spouse was out earning money, the other spouse was equally contributing to the marriage and relationship in other aspects–maintaining the home, caring for children, etc. The Court will also remind the working spouse that they created this standard of living and accepted this arrangement during marriage.

How Prenuptial Agreements Come Into Play:
There is a way to alter the characterization of income during a marriage–by prenuptial agreement. The Court allows parties to enter into a contract before the marriage to alter how property is characterized. This means that parties can agree that money earned by each spouse during marriage is not community property (typically divided equally upon a divorce), but is the separate property of that spouse (not divided upon divorce). There are strict requirements for a prenuptial agreement, but this is one way to work around the standard community property rules of California. Although it is unknown how a prenuptial agreement would affect the outcome of the Hamms case, is neither here nor there, since it is reported there was no prenup.