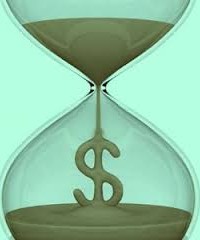 What is Guideline Child Support?

When parents transition from one household to two, finances are a big concern. Unlike spousal support, the Court is bound by a precise formula for calculating child support—the guideline formula.

What is the Guideline Formula?

Although there is a (confusing) mathematical formula outlined in Family Code § 4055, the Family Court uses a computer program called the DissoMaster. In general, the DissoMaster considers each parent’s gross monthly income and the timeshare each parent spends with the children.

Think of the DissoMaster as a big calculator—figures are put into the program and child support is the final result.

What figures are used in the DissoMaster?

The DissoMaster considers two (2) main factors—1. The timeshare each parent spends with the children, and 2. Each parent’s gross monthly income

The timeshare is determined from the Court ordered visitation schedule. If a schedule hasn’t been ordered, the Court will look to when each parent cares for the children. This figure will be converted into a percentage.

The gross income of each parent must also be determined. Family Code § 4058 defines income as “from whatever source derived…” including commissions, salaries, bonuses, business income if self employed, and perhaps employee benefits. 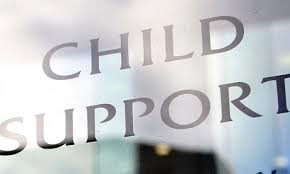 What if one parent isn’t working?

Each parent has an obligation to support the children. (Fam. Code § 3900.) The Court has the ability to impute wages to a parent, if the Court finds the circumstances and evidence warrant imputation. For example, if a parent lost their job, the Court will give them time to get back on their feet. The unemployed parent should apply for unemployment benefits and start looking for a new job. The Court will like order the parent to make job contacts (apply for jobs) and report that to the other parent. If time has passed and the parent is still unemployed without justification, the Court could impute that parent with an earning capacity of minimum wage or higher (with requisite evidence). The Court could then use the imputed income to determine the child support order.

What about my net income and monthly expenses?

The guideline formula look at a parent’s net disposable income, which takes into account appropriate state and federal taxes, as well as FICA. This is automatically computed by the DissoMaster, which is updated annually to account for changes in the tax code.

In addition, certain expenses that reduce a parent’s overall income, such as required union dues, mandatory retirement, and other necessary job related expenses, are factored into the equation. Aside from the deductions on one’s paycheck, there is also a designation on the DissoMaster program for health insurance, property taxes, deductible interest on a mortgage, etc.

The Court will not consider other bills and expenses the parents have, such as car payments, credit card payments, loan payments, etc. Although frustrating for parents to understand, one’s choice of bills and expenses are variable and not set in stone, like taxes, union dues, and health insurance.

Will the Court deviate from the Guideline Figure?

In very limited circumstances, the Court can order support above or below the guideline figure. The guideline number is presumed to be correct under Family Code § 4057, but it can be argued that it is not appropriate.

For example, if one party makes an extraordinarily high income and the guideline figure exceeds what is actually needed by the children, or if there were special medical needs by the children, the Court can deviate from the guideline figure. (Fam. Code § 4057.) There is a “catch-all” provisions allowing the Court broad discretion to determine what other special circumstances would warrant a deviation. (Fam. Code § 4057.)

Can Child Support be Modified?

I often tell parents that child support will likely be modified multiple times throughout the children’s lives, especially if there are young children involved. If there is any change of circumstances (the timeshare changes, a parent’s income changes, etc), support can be modified. Over the lifespan of a support order, parents will inevitably receive raises, change jobs, lose their jobs, and receive unemployment or even a pay cut. At the same time, the parenting schedule may change which affects the timeshare.

This does not mean that the parents must return to Court each time. Attorneys have the same DissoMaster program the Court uses to determine support. After consideration of the figures, parents can agree to modify an order without Court intervention. It is important to consider the varying factors when changing a support order.

What is the Department of Child Support Services?

The Department of Child Support Services (DCSS) is a government agency that assists in establishing, modifying, collecting, and enforcing child support. If a parent is receiving state aid, a case will automatically be opened but parents can also choose to have DCSS manage their case. All modifications to orders will have to be processed, and in limited cases approved, by DCSS since they will be collecting and enforcing the orders.

Whether determining the initial child support order or modifying an existing order, it is important to discuss the issue with an attorney to get the best possible outcome. Contact Curtolo Law for a free consultation to discuss your case today.